Did you ever think you were put here for a reason?

Someone asked me that once.

I can’t remember who

I can’t Remember anything

Not even my name.

A game recently released a bunch of trailers and features coming from Sierra and created by Radical Entertainment called Prototype in this game you play the role of Alex Mercer a shape shifter with great powers with a mix of combat, destruction and deception powers and abilities. From a glance Prototype looks similar to Assassins Creed where as the main character (Alex Mercer in Prototype and Altair in Assassins Creed) is wearing a hooded top, and in both there are a range of free running type skills involved. A lot of users from the gaming community are comparing the game with GTA most probably because of the streets and the free roam feature.

That aside they are all completely different games. 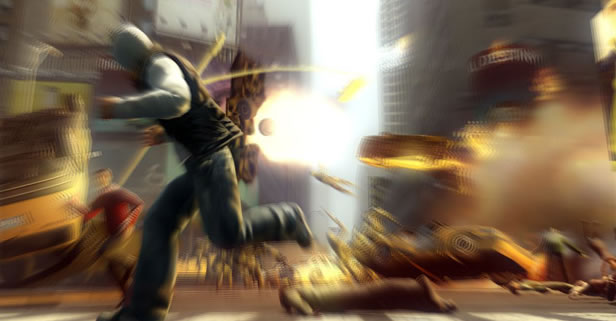 At first you wake wanting to find out about your life before you will need to exploit and annihilate enemies using different disguises of anyone you come across, being a shape shifter. The creators of prototype have explained well why they chose the enemies apparel to why the enemy are fighting. The Black-watch (click here to watch the black watch featurette) being one of those enemies that are the kind that will “STOP AT NOTHING“. The black watch are supposedly the last line of defense against the virus, they will bring many heavy weapons against you.

Wage a secret war against factions with complex agendas of their own, out to capture or kill you. They are your greatest threat and the key to the secrets of your past. Confront them, find those responsible and make them pay.

Right is that it? no…

Yes! what would a game be now days without a great multiplayer feature? they would not be as replay-able as they are.

Prototype will include at least one multiplayer feature and that is Co-operative play. So your going to be able to play online or over LAN with a friend and play with your cool abilities and biological weapons out.

Prototype is set to be released by September the 15th 2008

I’ll definitely be keeping a close eye on this game. Hope you do to.

So if that wasn’t enough heres the trailer!