Rockstar have announced they are putting PC’s GTA V release date back once again, now until the 14th of April 2015.

Lets face it we’d rather Rockstar produce a better endpoint product on release than a beta version of GTA V for the PC.  By the sounds of things this is just what they are planning to do.

Not only will Rockstar be putting the release date back but Heists for GTA Online will also be available with the PC version of Grand Theft Auto 5. In addition to this Rockstar are giving each player that pre-ordered GTA an extra $200,000 or in-game cash.

Here is a quote from Rockstar and a reason to why the PC version has taken a long time.

“The PC version of Grand Theft Auto V is our most graphically and technically advanced version yet, fully optimized to support a broad range of current hardware (system specifications) and features a host of PC-specific enhancements including greater levels of detail, deep configuration options and ultra-high-definition support – as well as the powerful new Rockstar Editor for recording, staging and editing original custom videos.”

Included are some screenshots from GTA Heists.

For those who have GTA on console. GTA Online Heists is set to be released for consoles on the 10th or March 2015. 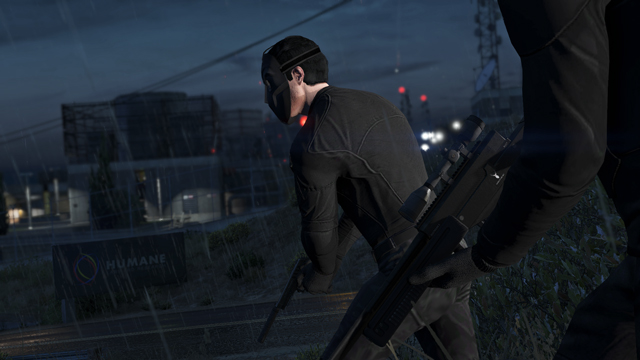